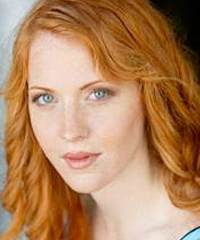 Tamara Jolaine had a recurring role on the television series “Friday Night Lights,” as well as a guest spot on the series “Chase” before landing the role of Tammy in the film “Boyhood,” which also stars Patricia Arquette. Tamara can also be seen in “The 2 Bobs,” “Temple Grandin” and “The Tree of Life.”