Toronto Academy of Acting for Film and Television’s four-month Filmmaking and Television Production Diploma Program is designed as a revolutionary hands-on quick guide to the roots of film and television production, with a mission to help students easily find the area in which they will improve their creativity and artistic skills the best. Most importantly find what area is best suited for them, save time and money, give the students the opportunity to have them work as interns for production companies who may need our students for projects the production company is working on.

Demystifying the craft and techniques of creating and producing film and television projects, this “hands on” program prepares the students to react fast in real professional situations by helping them to articulate and deliver their ideas as final products in the most creative way. Throughout the film and television production, practical exercises will be given to film students using the film schools most current technology, including digital cameras, lighting and sound recording equipment. Four cameras in the system and a four channel full HD mobile video studio places the program ahead of other similar schools in North America. Film school students will be introduced to the foundations of film and television directing, screenwriting, cinematography, editing and vision mixing gaining knowledge in the production and post-production through application in individual exercises in film and television genres. Instruction is conducted through creative workshops – the method proven to be the most efficient.

To read more about the Toronto Academy of Acting for Film and Television click here.

Course Outline
Our full time four month Filmmaking and Television Production Program will introduce students to the foundations and structure of:

Film Directing Course
During this course the film schools students will present subjects for their future short feature films and documentaries and review the idea with the instructor, internationally awarded film director, producer, screenwriter and film music composer Andrej Acin. All the students will gain their experience in every stage of film directing, craft basic from the story to the screenplay through working with actors, directing and editing film projects to the screening of their final work.

Television Directing Course
In this program, students will receive practical hands-on exercises in a studio with a complete technical base and the use of the latest technical production TV equipment for television programming, live broad casts or recording for delayed broadcast. Film students will be introduced to the foundations of television directing, gaining knowledge in the production and post-production through application in individual exercises in television genres.

Screenwriting for Film & Television Course
This course is designed as a practical manual of storytelling throughout the moving pictures. Students are practicing all creative and technological aspects of writing for Film and Television and learn how to tell their stories visually. All the exercises are made in order to help students to find and enhance their own writing style. Students will come closer to basic understanding and familiarization with the elements of storytelling by finding a story which could be converted into a screenplay.

In Writing for Television part of the program, students will work under the same rules as in writing for film, but will have to deliver final screenplays and loglines in short deadlines, as they will have to do in a real life situations once they are ready to join some of the professional television production crew.

Cinematography course
The film school students will be given an overview of the craft of cinematography and duties of the Director of Photography – one of the most key creative positions in the field of Film and Television Production. Through practical exercises and intensive hands on training the students will be given an opportunity to understand and appreciate this very technical yet highly creative aspect of film making. During the program students will learn the basics of the camera and lighting, and will go through variety of hands-on exercises and assignments. Students will be provided with current technology digital cameras and lighting equipment and also will have special workshops with industry’s cutting edge cameras like Red Epic from red Digital Cinema.

One of the instructors well known Pasha Patriki who will be teaching cinematography course has an expansive body of work which includes over a dozen of dramatic feature films and numerous feature documentaries. He’s also framed up more than 50 shorts and countless music videos and commercial spots. Films composed in Pasha’s lens have screened internationally and won awards in the United States and Canada.

Digital Editing & Vision Mixing Course
The course covers the aesthetic and technical aspects of editing and vision mixing. Through this course the students are introduced to essentials of editing for films, documentary and television forms, advertising and music videos.

In the digital editing part of the course, understanding storytelling techniques is necessary in furthering the creative vision of the director. Along the program students also collaborate with other members of their team in such way to learn how to work as assisting editors, editors and post-production producers. There are two aspects to the Digital Editing Course, the storytelling aspect and the technical aspect. Students will learn both. Technical skills will be taught using Final Cut Pro editing tools, students will learn to organize source footage, edit sync and non-sync material, trim sequences, edit audio, add effects, titles and more. Vision Mixing part of the course, will provide an intensive practical experience of live mixing in a simulated television studio, and will assist students in learning how to work as vision mixers on different television contents.

Application Requirements
Have a Secondary School Diploma or equivalent.

The student must be 18 years or older and be able to pass the “Wonderlic Test”, a superintendent approved qualifying test. Students can contact the Academy to set up an appointment to do the Wonderlic test.

Student must provide the application form together with a written statement advising the Academy why they wish to train in film and television production together with their resume and a letter of reference.

Students will be called for an interview to meet with the Director for Film & Television. For students outside Ontario an interview will be set up on Skype. If students have a portfolio of any previous works Academy will ask student to upload to the internet for viewi

Please email admin@torontoacademyofacting.com and request the Canadian application for Filmmaking Diploma program. You mush also send a non-refundable application fee of $150.00 CDN to the Academy. Fee to be paid either by cheque, money order or credit card. If paying by credit card please contact the Academy with the credit card information after you have filled out the application form either online, by PDF or Word file.

Remember students must have payment of $150.00 CDN by way of money order mailed in with their application form, or you can call in with the credit card information to (416)536-8574 or our Toll Free Number: 1-866-420-4077
If emailing please send to: register@torontoacademyofacting.com or fax to 416 536-0227 with all other documents. If mailing please mail to:

Each applicant who is applying for admission to the school is required to furnish the information necessary for the school’s records.

International students will need to present to the Canadian Visa Office:

Each International application must be accompanied with a $150 CAD non-refundable Application Fee.

If a student is admitted, and chooses to accept the terms in the Enrollment Contract, they must sign the Enrollment Contract and mail or courier in to the Academy the original Enrollment Contract, together with the required 25% of the tuition fee for international students before the Official Letter of Acceptance is mailed (if time allows) or couriered. The Deposit Fee can be paid by Visa or MasterCard by phoning in with the information, wiring funds into the Academy’s account or mailing the original enrollment contract together with a money order or bank draft payable to the Toronto Academy of Acting for Film and Television.
25% of the International student’s deposit fee will be applied to students tuition fee.

If an international student is not successful in obtaining a Visa to come to train at the Toronto Academy of Acting for Film and Television, please supply a copy of the Refusal Letter from the Embassy or Consulate, and the 25% International Student’s Deposit Fee will be refunded. Please note the application fee of $150.00 CAD is not refundable.

If an international student is successful in obtaining a Visa, the Academy will have housing in place for the film students on their arrival. The Academy will have students picked up from the Airport. On first day of training, students are to report to the administration office located at 1179 King Street West, Suite #215, Toronto, Ontario, M6K 3C5, with original signed Enrollment Contract together with balance of tuition fees.

If you require assistance, please call the Academy on its Tool Free Number: 1-866-420-4077 and speak to an Admission Advisor, or Email at: register@torontoacademyofacting.com

For details about all scholarships offered please click here.

Are you laid off, working less than 20 hours a week, unemployed or currently underemployed, Second Career can provide financial help up to $28,000.00 for tuition and living expenses. Additional support may be available to accommodate the needs of people with disabilities, dependent care, costs of living away from home and academic upgrading.

Second Career is a program offered by the Ontario government to fund eligible laid off workers with skills training to help them find jobs in high-demand occupations in Ontario such as the film & television industry in film & television production as camera operators, editors, writers, directors.

There is also a need for actors for t. v. commercial projects, webisodes, info commercials as the internet introduces more videos to small business websites to large corporate websites.

Second Career is a cost-sharing grant provided on the basis of need; therefore, applicants may be required to contribute to their training or education. There have been some recent changes to the Second Career program. Find out more at the Government of Ontario web site by clicking here. or call Toronto Academy of Acting for Film & Television Second Career: 416 536-8574. 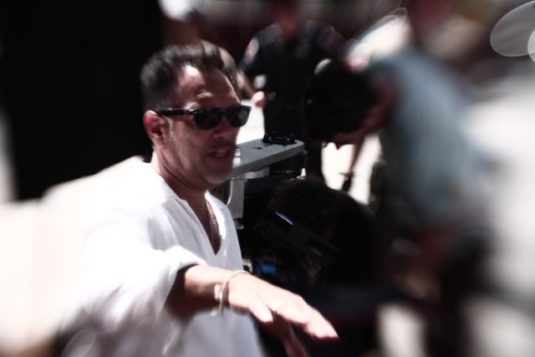 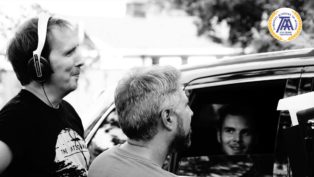 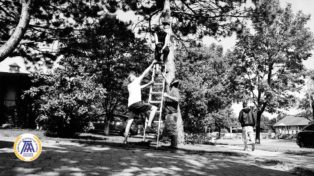 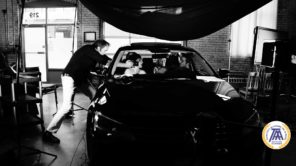 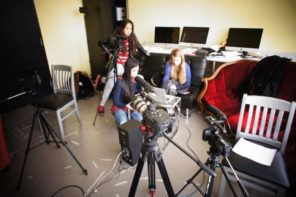 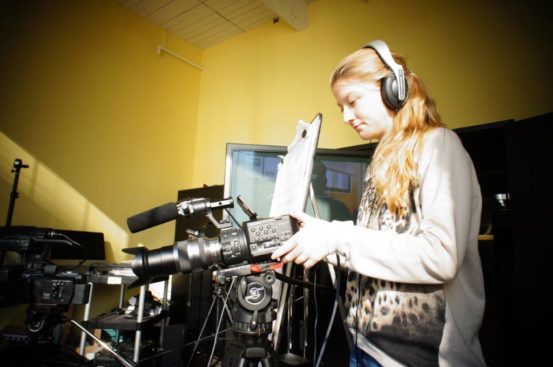 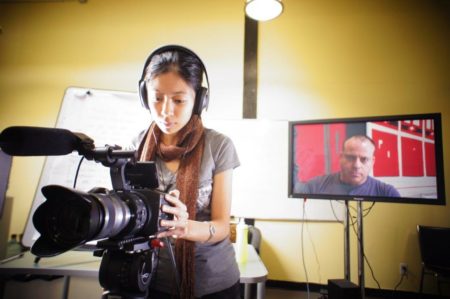 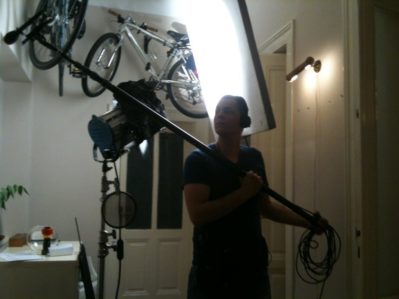 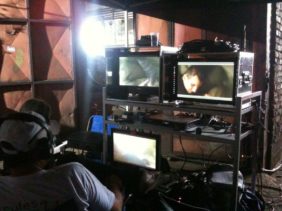 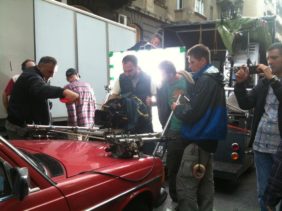 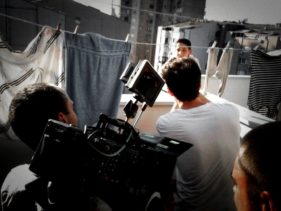 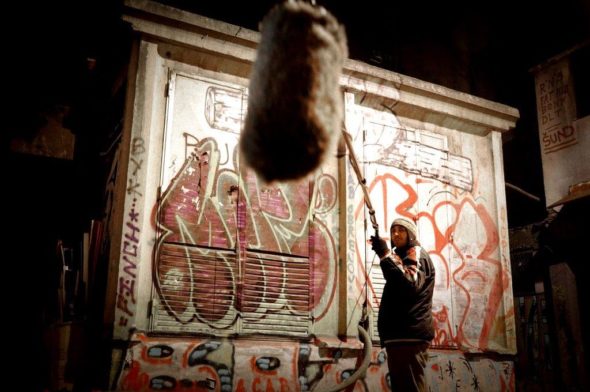 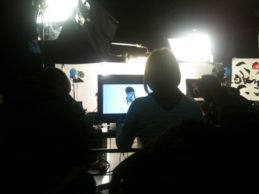 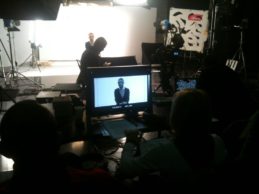 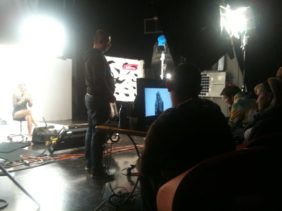 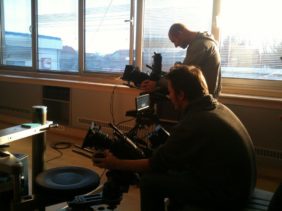 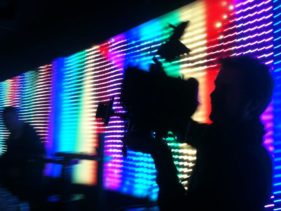 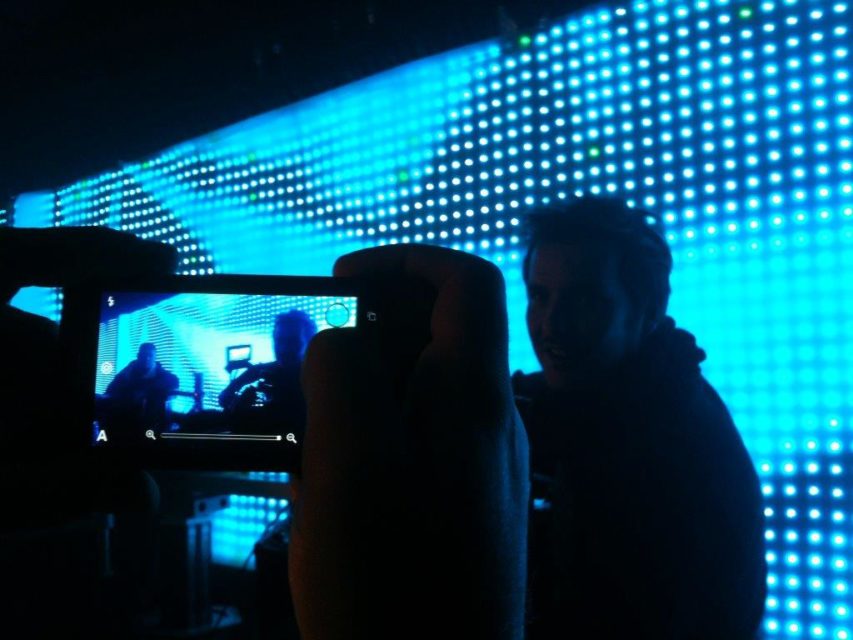 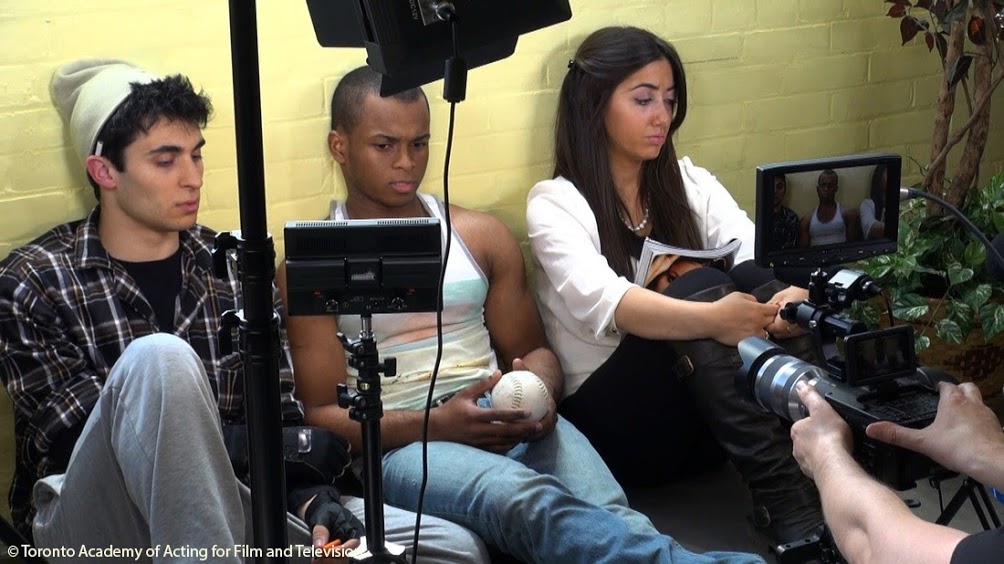 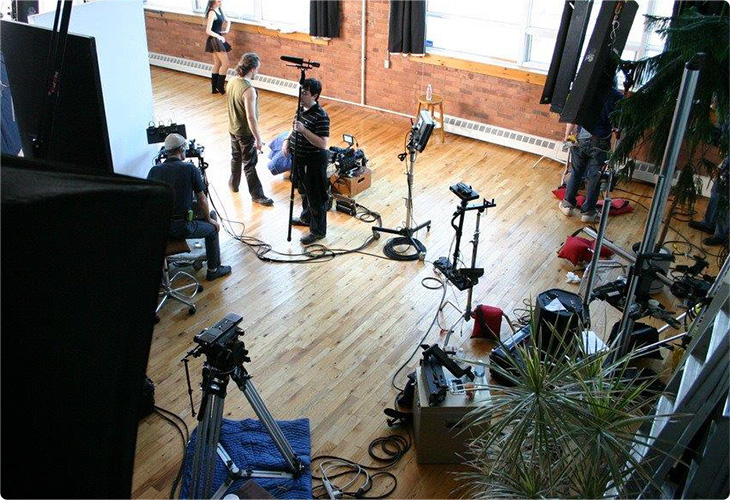