Course Outline
Month One:
Toronto Academy of Acting for Film & Television students will be introduced to Meisner Acting Technique and how to apply it! The goal to Meisner Acting Technique is for each actor “To live truthfully under given imaginary circumstances. ” Academy of Acting students will be dealing directly with the elimination of self-conscious behavior and strengthening their ability to focus. These lessons will be applied at the end of the course in partnered short scene. Students will also be introduced in the first month to Acting Fundamentals & Script Interpretation. Part of the training will have the students focus on emotional embodiment for the actor. The biggest trap for actors is to avoid emotions or push emotions in a scene. Students will learn to express authentically using themselves, trusting themselves and allowing themselves to be an emotional reservoir. In order to work as an actor in the entertainment industry one must have 100% emotional flexibility. An actor must be emotionally available on camera, otherwise they will not appeal to directors, casting directors or producers. Students will gain the tools to analyze a script, build a character that honors the script writer’s intention and stay true to the story while shooting their scenes.Another acting technique film acting students will be learning to apply is called the Susan Batson Acting Technique. Students will learn a number of ways to access any emotions with ease. A series of fun and intense exercises will teach students to open up and live in the given circumstances of the character. They will learn to become comfortable revealing vulnerability, as well as how to regain a sense of well being after difficult scenes. A minimum of three scripted scenes, a monologue and an improvised scene will be practiced applying the Susan Batson Acting Technique.
Month Two:
Academy of Acting students will now be introduced to film scenes that incorporate Method Acting. The technique, developed by Konstantin Stanislavski, allows actors to achieve realism in acting by relying on sense memory, imagination, personal life history and personal emotions. It is one of the many ways we teach students to bring depth into their portrayal of a character and make their performance jump off screen. During the second month students will also be introduced to Voice & Movement. Voice for actors is based on the concept of the voice as a transparent screen free of restrictions and capable of expressing a wide range of emotions. Voice & Movement will be reinforced throughout months two and three to prepare the actors for their scenes.
Month Three and Four:
It is imperative for actors to understand the business side of their careers. This course will present a series of special guest speakers who will provide an overview of the Canadian film & television industry. Guests will include talent agents, film/television producers/directors, professional film actors, industry photographers, casting directors and an accountant. Students will learn how to prepare a resume that stands out, what is a good head shot, the difference between non union and union film & television projects, what to wear to an audition, and why every film actor needs a professional demo reel.Students will now apply the full spectrum of skills they have learned with international award winning film & television director Andrej Acin. Film Acting School students will learn from the Director the Naturalistic portrayal of character, the most frequent style used in film. By practicing the on location shoot exercises, students increase their knowledge of the filming process, and where physical and emotional continuity is needed to fulfill the technical requirements of a role. Students will learn to work within the confines of a tight shooting schedule, how to effectively gage performance levels from a Master shot to extreme close-ups, how to become proficient in hitting multiple marks with a shot set up and come to understand the rules of onset etiquette and protocol. Each student will be directed in a scene from a feature film script of their choosing. Two scenes from the program chosen by the student & director will be professionally filmed and edited as a professional promotional reel ready to present to potential talent agents, casting directors, producers and film directors.The last part of the fourth month program will involve the Toronto Academy of Acting for Film & Television students working extensively on camera. Students will reproduce actual commercials, as well as work on improvisation techniques ending with mock auditions. The last week of the program will be dedicated to how to audition for film & television. Students will learn what works and what doesn’t, and get to create their own tool box of techniques learned from drop in professional actors, directors and other industry guests. Students will be exposed to cold reading techniques, audition etiquette and protocol with a mock audition set up for the last day in class with a guest director/producer/actor/casting agent to give feedback on the audition.
Application Requirements

An application form together with two letters of references must be submitted. Students may audition in person, or upload a video online of a two minute monologue and a brief explanation of why they want to train in acting. Students who have taken previous non vocational courses at the Toronto Academy of Acting for Film & Television or other acting studios can just provide one letter of reference from the school where they studied and an application form.

Audition videos can be sent to admin@torontoacademyofacting.com.

How to Apply - Canadian Students
Each applicant who is applying for admission to the school is required to furnish the information necessary for the school’s records. If you already have attended the Toronto Academy of Acting for Film & Television individual courses you need only to submit a letter or recommendation by your teacher who taught you with this form.

If you have never trained with the Toronto Academy of Acting for Film & Television and are applying for the full time film acting program “Essentials for Acting” then applicants must satisfy:

If mailing please mail to:
1179 King Street West, Suite #215,
Toronto, Ontario, M6K 3C5,
Attention: Admission Department If emailing please send to: register@torontoacademyofacting.com or fax to 416 536-0227 with all other documents.

How to Apply - American & International Students

Each applicant who is applying for admission to the school is required to furnish the information necessary for the school’s records. If you already have attended the Toronto Academy of Acting for Film & Television individual courses you need Only to submit a letter or recommendation by your teacher who taught you with this form.

If you have never trained with the Toronto Academy of Acting for Film & Television and are applying for the full time film acting program “Essentials for Acting” then applicants must satisfy:

If mailing please mail to:
219 DUFFERIN STREET, STUDIO #1D,
Toronto, Ontario, M6K 3J1,
Attention: Admission Department If emailing please send to: register@torontoacademyofacting.com or fax to 416 536-0227 with all other documents.

**International applicants should arrange to have their transcripts officially translated (if not in English). We will accept official notarized copies of some transcripts, depending on the country of origin.

In order to accept the Acceptance Letter, students must complete the following steps:

International students will need to present to the Canadian Visa Office:

For details about all scholarships offered please click here.

Are you laid off, working less than 20 hours a week, unemployed or currently underemployed, Second Career can provide financial help up to $28,000.00 for tuition and living expenses. Additional support may be available to accommodate the needs of people with disabilities, dependent care, costs of living away from home and academic upgrading.

Second Career is a program offered by the Ontario government to fund eligible laid off workers with skills training to help them find jobs in high-demand occupations in Ontario such as the film & television industry in film & television production as camera operators, editors, writers, directors.

There is also a need for actors for t. v. commercial projects, webisodes, info commercials as the internet introduces more videos to small business websites to large corporate websites.

Second Career is a cost-sharing grant provided on the basis of need; therefore, applicants may be required to contribute to their training or education. There have been some recent changes to the Second Career program. Find out more at the Government of Ontario web site by clicking here. or call Toronto Academy of Acting for Film & Television Second Career: 416 536-8574.

Our intensive, hands on, full time four month program is designed for film acting students to learn what is necessary to succeed in this highly competitive industry in a relatively short amount of time. In addition to receiving quality instruction on a variety of essential acting skills and camera techniques students come out of the program with three professionally edited film scenes for their demo reel. Toronto Academy of Acting for Film & Television is the only school that provides edited scenes for students.

About  Toronto Academy of Acting for Film and Television

Toronto Academy of Acting for Film and Television established since 1998 is recognized as a private career college registered with the Ministry of Training of Colleges and Universities under the “Private Career Colleges Act 2005” offering vocational programs. It is the only film school and acting school that has access to all film and television projects across Canada, making it one of the best film acting schools in Canada.

To read more about the Toronto Academy of Acting for Film and Television click here. 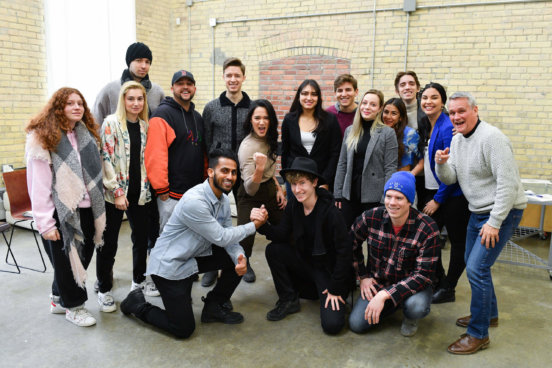 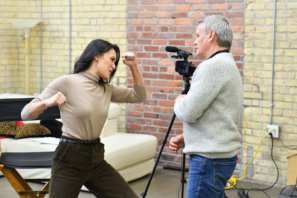 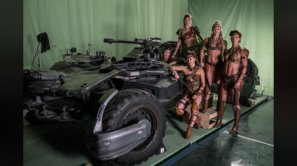 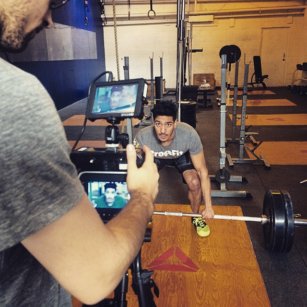 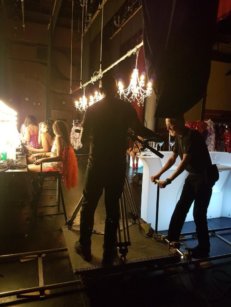 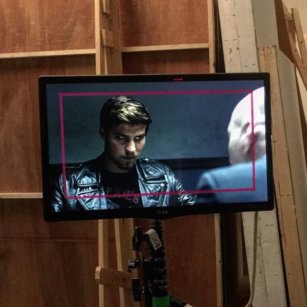 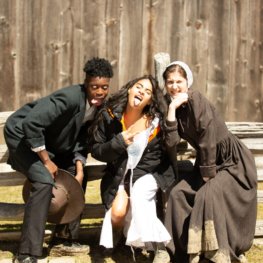 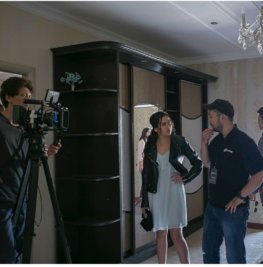 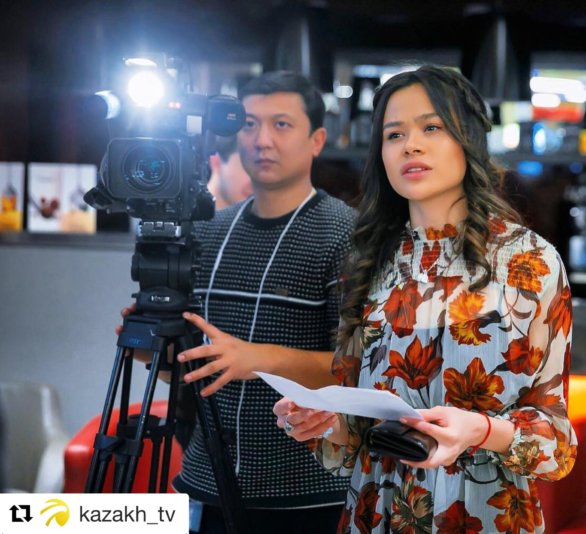 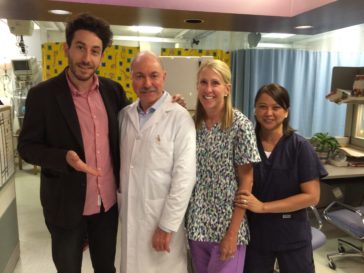 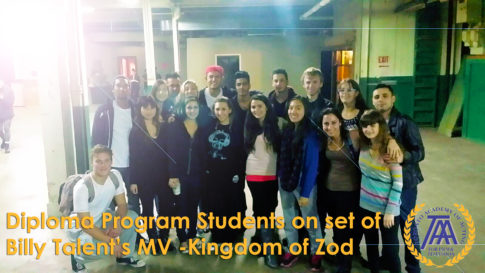 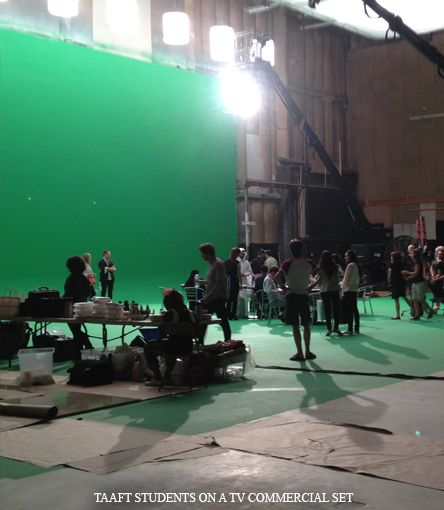