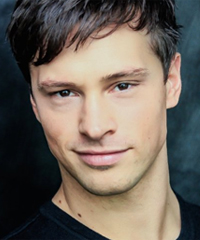 Greg has had many roles since being enrolled in the Film Acting Diploma Program at the Toronto Academy of Acting for Film and Television. The most notable include the television series “Nikita,” “Reign,” “Cardinal” and “The Mist.” He has also completed work on the film “LAN,” set to release soon.