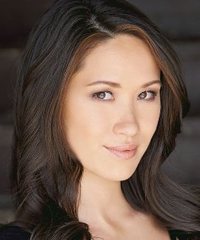 Since completing the Film Acting Diploma Program with us, Allison Chung, or Alli as she is also known as, has landed roles on multiple television series including “Almost Heroes,” “The Stanley Dynamic,” “The Expanse” and “Dark Matter.” She was also credited as producer on the short film “FOMO.” Allison has multiple projects that are completed and are set to release soon.