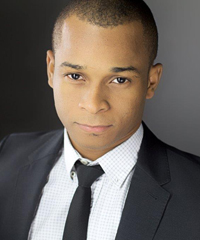 Kingsley grew up in Nigeria, however decided to study acting with the Toronto Academy of Acting in Film and Television by taking the Film Acting Diploma Program. Since graduating, he has had roles in two television series’, “Just Us Guys” and “Critical Fumble.” He also produced the TV movie “Now What?!” Keep an eye out for the short film “Circles” set to release in 2018, which Kingsley not only produced but also wrote and starred in.