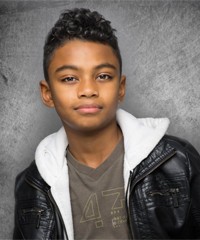 Elijah had a role on the TV series “You Got Trumped: The First 100 Days” before landing a regular role as Agent Ocean on “The Odd Squad.” Since then, he has starred as Prince Francisco in the TV movie “Bruno & Boots: This Can’t Be Happening at MacDonald Hall.”