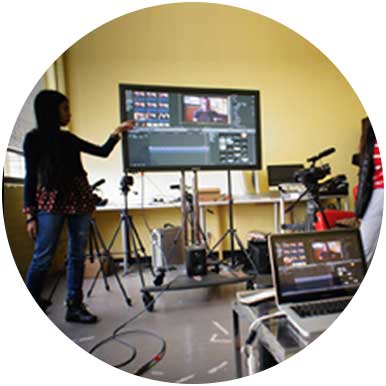 With a unique combination of theory and practical film making exercises this course is helping students to articulate and deliver their ideas as a final product in the most creative way. This is a “hands on” general introduction to the overall process of creating a film/video project from the beginning to the end through screenwriting, shooting, directing, and editing their film piece. In film making 102 students will be working on script breakdown, directing actors, acting fundamentals, shooting, directing and editing a scripted film scene. Pre-requisite: Students must have completed film making 101 successfully.