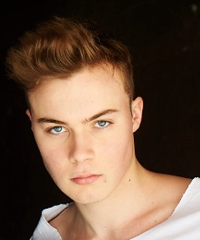 Alexandre has had roles in the films “The Bookstore,” “Dim the Flourescents” and “Severity.” He also played Adon in the short film “The Motorcycle Boy Reigns.” He has multiple projects set to be released in 2018, including the feature film “Detainee X.”

See what Alexandre had to say about his experience at the Toronto Academy of Acting for Film and Television in the video below.